From moon to Mars, the slightest slip 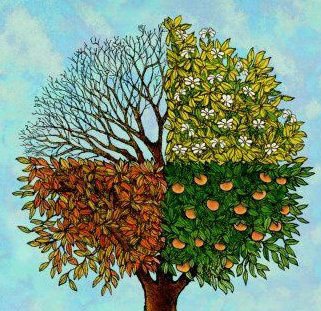 Over the last several years I’ve been going through a spiritual awakening that has included the gradual uncovering of past life/other life memories.

Many have asked how I was able to retrieve these, interested in doing the same. Some have uncovered such memories through past life regression hypnosis under the guidance of a hypnotist or therapist, which can be unreliable because of suggestions by said practitioners.

My first recovered past life memory came after attending a free Meetup event teaching attendees how to use a meditation, some might called self-hypnosis, to explore memories from previous incarnations, or lives lived in other bodies or different forms.

I recovered a scene of a Indigenous American warrior encountering an attack on my settlement with a mother and daughter running out of a burning teepee. When I told about what I saw, the Meetup host, intuitive coach Fran Gallaher, concurred that I had been a soldier in many lifetimes. I had just met her and hadn’t told her much about me.

I would go on to work with her individually to strengthen and refine my intuitive abilities, step into my power, as well as help me heal through trauma and establish healthy boundaries. She never once suggested specifics about my past lives, though I believe she knew some, and let me come to my own conclusions, especially since I have had a tendency toward skepticism. I highly recommend her services for anyone in the Denver Metro area.

The bulk of my several past life memories I’ve since uncovered, including my last incarnation of which I remember in more detail, has happened in the last four years as this awakening process has accelerated. They confirmed what Fran picked up on, that I had been a warrior and in military service in multiple other incarnations, confirmed by meeting people I knew in other lives or who knew of me. I’ve since been able to uncover memories, some more vague than others, going back millions of years.

I’ve been asked by multiple people to explain this meditation. I’ve had at least two people use it and uncover memories, one with strong emotional content. Past life memories can be traumatic, so I advise people only use this meditation when able to do so in a calm mindset and setting. One’s spirit/higher self does not know linear time so uncovering traumatic other life memories can cause post-traumatic stress disorder symptoms in which one feels like they are there, even if a memory from a lifetime centuries in the past, especially if such trauma was never healed in subsequent lives, which is the norm for most humans.

Here are the instructions for how to use this meditation:

To start, sit back in a comfortable chair or lie down in your bed at a time you won’t be disturbed.

Take 10 deep breaths so you can feel your belly expand and deflate and hear the breath come in and out of your nose. Continue this breathing.

Close your eyes and picture in your mind a large tree you are very familiar with.  This could be a tree right outside of where you live, from your childhood home or one you have fond memories of and can see the surrounding area clearly.

As you’re able to envision the tree in each season over the last calendar year, imagine also how the area, town, city and region looked as well. It’s not important if it’s not entirely accurate; the intention of your imagination is what matters.

Speed up that reverse progression of the seasons. Try not to overthink this or ignore any images or visions that come up. Carry the process in reverse over years, as if you can see buildings gone or older buildings no longer there, going back to before there were buildings there.

If an image or memory, something unrelated to the scene of the tree, comes up, follow it as if you were walking into a room with a movie on the TV you’re curious about and want to sit down to watch.

If this is a traumatic memory and brings up strong, overwhelming feelings, open your eyes and take 10 more deep breaths with your left hand over your heart and right hand over your forehead.

If you try this meditation and nothing comes up the first time, you might not have gone back far enough in terms of envisioning the tree in the past, are distracted, not calm or relaxed enough, or your higher/infinite self does not yet want you to unlock such memories.

This meditation can be used any time you want to explore other life memories, but don’t feel the need to rush the process, especially if you feel overwhelmed with emotions from uncovering what you uncover.

You may find using this once or a few times starts a process of unveiling more pieces through visions during your waking hours or in your dreams when you sleep, especially during this time of accelerating collective awakening happening now on Earth.

This site uses Akismet to reduce spam. Learn how your comment data is processed.